Celebrate Pastrytown with the greatest treasure known to man ….. beer. The Pastrytown treasure chest comes with the following items.

Lager Village Pilsner (4.8%) Lager is the rule of law in this isolated village. Not sure where they are finding floor malted Bohemian pils malt and Saaz to brew this beer but good on them.

Free Refills Imperial IPA (8.0%) Definitely no free refills but still a delicious combo of Simcoe, Motueka, Nelson Sauvin and Enigma. Make sure to pull the tab to see if you are a winner.

HDHC All Citra Everything Imperial IPA (8.5%) This OH classic gets the High Density Hop Charge treatment. More Citra than you can handle.

BA Pastrytown Bourbon Barrel Aged Tiramisu Imperial Stout (16.5%) with Espresso, Vanilla, Cacao Nibs and milk sugar. For all those time you wished that your tiramisu had a little more kick to it.

Please choose your shipping option carefully as you won’t be able to edit it once your order is placed.

Shipping is available throughout NY, NH, VA, PA, VT, DC. UPS tracking details will be provided once your order ships by 03/15/21, delivery should be complete by 03/20/21. Please note that all items ship separately.

Pickup is available at our BK and FLX taprooms and Buffalo, Rochester, Monroe, and Port Chester popups. Pickup will be available starting 3/18 in BK and on 3/20 everywhere else. You’ll receive an email when your order is ready for pickup – please do not come to the brewery before you receive the email. 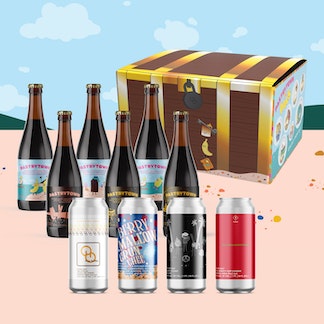